Best Spiritual Films – If you are in a spiritual path and you need a kick, or you didn’t start your journey yet and you need motivation, these movies will help you. These films are deeply spiritual and motivating. They treat delicate subjects such as spirituality, esoteric teachings, the spiritual world, the purpose of the human life and ascended masters. These movies are filled with knowledge and they are deeply eye opening. So let’s see which are the top 5 Best Spiritual Films.

Gandhi – this movie was released in 1982. It is a very beautiful and moving film about the life of Mahatma Gandhi. This movies is deeply inspiring, but it is still a drama. It shows Gandhi as he really was. A deeply peaceful master who advocated non-violence. The movie shows us how he drove the British out of Asia and many more amazing acts. All done with peace and without violence.

Samsara – it is a documentary film released in 2011. This documentary is breathtaking. It was filmed for almost five years in none less than 25 countries. This movie shows us different beliefs from all over the world. He also presents us spirituality from the perspective of different cultures. 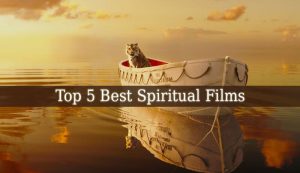 Song Of The New Earth – if you are into sound healing, than this 2014 documentary is a must see for you. This film presents you the struggles Tom Kenyon, a sound healer, faces in our modern society. His quest is long and very spiritual. He starts his journey on Orcas island. But his quest takes him to different countries and continents. He even visits Tibet.

Life Of Pi – this inspiring movies was released in 2012. And you might have already heard about it because it got a huge media coverage. Anyway, the main theme of the movie is moving and beautiful. The film shows us a young man surviving a sea disaster. But he is not the only one survivor. His companion on the boat that saved his life is also a Bengal Tiger. And their beautiful journey is very inspiring.

The Yogis Of Tibet – it is the last on my Best Spiritual Films list. But that doesn’t mean that it is the least interesting. This documentary was released in 2002. And it is the first documentary about the real life of the Tibetan Monks. Their life, practices and philosophy were secret until this film. The monks allowed the filming staff not only to interview them. But also to film them while performing ancient practices. They shared their yoga practices and meditations. And many more.

If you are looking for a good movie to watch this evening. I recommend you one of the Best Spiritual Films listed above. They are a great time spent. Because they are not only inspiring. But they are also deeply educative.