Modern Gnosticism – The word “Gnosticism” comes from the Greek word “gnostikos”. Which translates as “possessing knowledge”. Gnosticism is not a religion on itself. It is just a name for a large number of religious philosophies and beliefs. It appeared between the first and the second century AD. Even after its first appearance, it started to spread all over the Mediterranean region of Europe. But over the centuries it suffered numerous influences y the early Christianity. 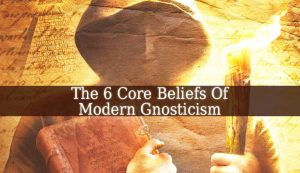 Today, we mostly know Modern Gnosticism by the name of Neo-Gnosticism. But it slowly transformed into esoterics, integrating itself into The New Age movement. And becoming a part of modern spirituality. Gnosticism and its beliefs and practices are still practiced today. Although it suffered transformations. And numerous followers of these philosophies don’t even know that they are following Gnostic beliefs. Due to its transformations over the years.

The Physical World Is Imperfect – numerous religions sustain the same thing. This world is filled with suffering. Earth and all of God’s creations are flawed. This whole physical world is flawed. But it is not imperfect because of us and the other creations. Gnostics believe that God created the whole universe that way.

The Gnostic God – in Gnosticism and Modern Gnosticism, there is one ultimate God. He created the whole universe, not from nothing. But from Himself. Therefore, everything around us and ourselves are part of God. Now you might think that Gnosticism should be monotheistic then. But it is not. Because Gnosticism has some intermediary Deities. Called Aeons. They are between God and humankind. Helping God by doing certain tasks.

The Divine Spark Within Us – as I mentioned above, God created us from Himself. Therefore, we all are a part of Him. And we all possess His spark. Also known as The Divine Spark. Although every people bears this spark, not all of them know that. Only those ho are destined for liberation realize who they really are within. But this implies realizing that the physical world is just a facade. And then starting to pay more attention to the spiritual aspect of our lives. 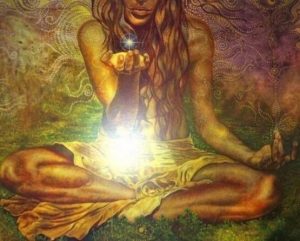 Gnosis Is Salvation – every people on earth should pay more attention to their spiritual health. They should all seek Salvation or Gnosis. Only through salvation will one be able to become one with God. There are two important things about Gnosis that you should know. Firstly, Gnosis in within every human being. But it doesn’t mean that everyone will find salvation. So, secondly, you have to work on your salvation and stimulate it. Only through spiritual wisdom, will one be able to understand the clear path toward salvation. And God sent us numerous Messengers of Light. Who teach us how to seek salvation.

Gnosticism Has No Rules – Gnostics reject rules. They believe that a person don’t need rules to achieve salvation. It comes from within. Through individual practice. Although Gnosticism has no rules, it still embraces and encourages certain attitudes. Such as: non-attachment, respect for freedom and others. But these are not rules. Every Gnostic should have his/her own individual practice.

The Destiny Of Humankind – each person on earth has a fate. They have to find Gnosis before they die. Otherwise, there will be only two options. Firstly, they might be trapped in the realms of the Demiurge (equivalent to hell). Or, secondly, they might be forced to reborn. A new life and is a new chance to find salvation and Spiritual Growth. On the other hand, those who find salvation in time, will reach the final reunion.

In conclusion, Modern Gnosticism might seem hard to understand, but it had numerous famous followers over the years. Who tried to understand philosophies and teachings. Gnosticism even inspire Carl Jung to write his book called “Septem Sermones ad Mortuos”.

Share
Previous Rainbow Quartz Crystals
Next Where Do Atheism And Christianity Agree And Disagree On Views Of The Origin Of The Universe?